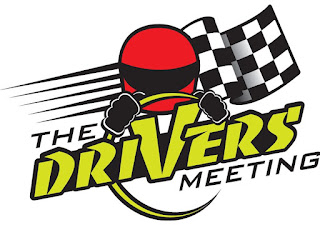 Alex will be on the Drivers Meeting radio show Wednesday night, broadcasting live at the Mineshaft in Hartford on 92.5 WBWI FM radio at 7pm. Tune in or come on out!

It was a family affair, as not only did Alex Prunty win the Late Model track championship Sunday, but his uncle Dennis also became the 2012 Slinger Speedway Super Late Model Champion!

Adam Peschek paced the opening laps over Justin Poenitsch and John DeAngelis while Alex Prunty and Ryan DeStefano raced close behind. A traffic jam throughout the field on lap three created a multi-car incident in turn four in which fast qualifier Dan Church sustained the most damage after striking the retaining wall head on. Peschek continued to lead over Poenitsch and Prunty on the restart with DeAngelis and DeStefano right behind them in fourth and fifth. DeStefano used an inside pass to take fourth from DeAngelis and then he and Prunty began to work their way forward, pressuring Poenitsch for second as Peschek continued to lead. Prunty and DeStefano both worked their way around Poenitsch on the inside and began to track Peschek for the lead, catching him by lap 25. Prunty again used the inside to pass Peschek for the lead and DeStefano followed before Peschek broke loose off turn two and spun to the infield on lap 30 to produce the caution flag. During the caution period, smoke began to slowly emit from Prunty’s car however, no fluid was leaking from it and he remained on the speedway for the final restart. As the green flag waved, DeStefano was on his marks and he charged into the lead as Prunty settled into second with the laps winding down. DeStefano raced to the win while Prunty’s second place finish earned him the track championship. Jerry Mueller finished third while Justin Poenitsch and Pat McIntee rounded out the top five as John DeAngelis and Al Stippich crashed hard in turn four while racing to the checkered flag for position.

Eddie May made the trip from Illinois to the Slinger high banks and it paid off with a victory in the 35-lap late model feature over Ryan DeStefano and Alex Prunty.

Nick Wendt and Mark Kissinger paced the field to the green flag and they raced side by side for the lead in the opening laps before Wendt prevailed from the inside. Adam Peschek tried to take advantage of the opening to the inside of Kissinger but as they battled for the second spot, contact between the cars sent Kissinger spinning around off turn four to produce the caution flag. Both Peschek and Kissinger restarted the race from the rear of the field as Wendt led over Eddie May, Justin Poenitsch, and Al Stippich. Wendt and May raced door to door for the lead as racing resumed and several laps later, May’s persistence on the outside paid off as he cleared Wendt for the lead. Once out front, May began to stretch his advantage while Wendt was forced to defend second from both Poenitsch and Stippich who both raced directly behind Wendt. The caution flag appeared on lap 19 when Pat McIntee had problems and rode along the frontstretch wall with May leading over Wendt and Poenitsch. May once again showed the way as racing resumed over Wendt while Ryan DeStefano, Alex Prunty, and John DeAngelis all caught up to the leaders. Poenitsch spun off turn four while trying to turn back a challenge from DeStefano to produce the caution flag on lap 24 with May leading over DeStefano, Prunty, DeAngelis, and Dan Church. May was up to the task in the closing laps and he fended off all challengers to capture the victory over DeStefano and Prunty while DeAngelis and Church finished in fourth and fifth respectively.