Dan Jung used the inside groove to grab the lead early and then turned back a late charge by Alex Prunty to win the 40-lap late model feature. Prunty tried to use the outside groove to get a run on the leader following the only caution flag of the race on lap 27, but fell short in his bid as Jung proved to be too strong, taking the checkered flag for his first feature win of the season. Prunty held off a strong charge by John DeAngelis to finish second, leaving DeAngelis to settle for a close third. Ryan DeStefano crossed the finish line in fourth place and Braison Bennett was fifth. 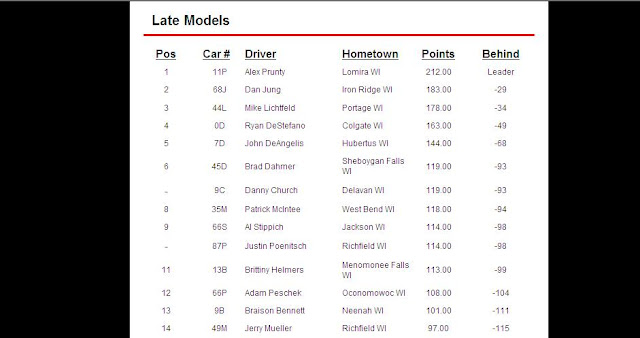