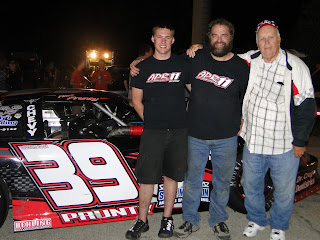 Alex Prunty changed his traditional #11 to #39, the number his father Dan competed with at the speedway, and drove the special Father’s Day scheme to the victory in the 40-lap late model main event. 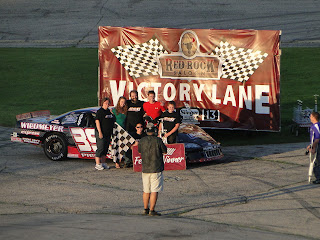 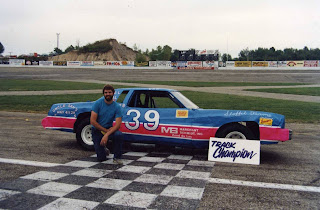 Al Stippich and Bill Prietzel led the field to the green flag and they raced alongside each other for two laps before Stippich’s car washed wide off turn four, carrying Prietzel’s machine with it and opening the door for Alex Prunty to charge to the lead on the inside. Mike Lichtfeld, Ryan DeStefano, and John DeAngelis also used the inside lane to advance around Stippich and Prietzel. Prunty maintained the lead while Lichtfeld tried to close the gap from second as DeStefano and DeAngelis were close behind in third and fourth when the caution flag waved on lap eleven as Prietzel and Ryan Farrell locked wheels in turn four and spun around. Prunty took the inside for the restart with Lichtfeld taking the high line and as racing resumed, Prunty darted to the lead as Litchtfeld battled with DeStefano over second. Lichtfeld eventually was able to claim second from DeStefano as Prunty increased his lead on the field. Prunty could not be caught in the closing laps and he drove to the victory over Lichtfeld and DeStefano while Dan Church and Braison Bennett rounded out the top five in fourth and fifth respectively. 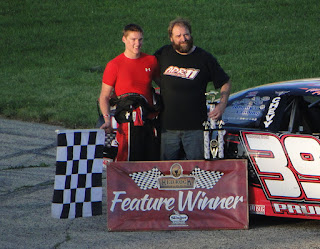