Alex Brings Home his First Win of the Season! 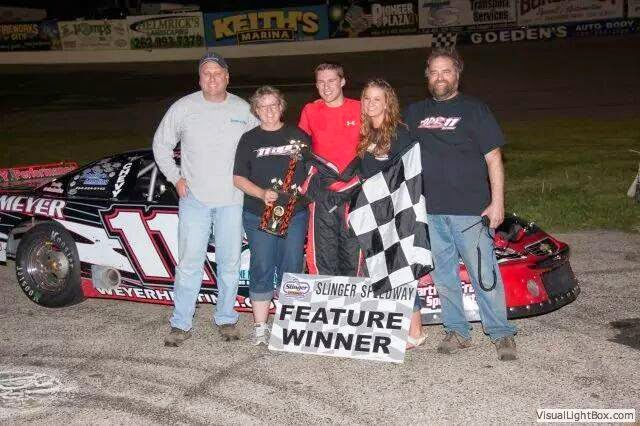 Alex Prunty drove to the victory in the 40-lap late model main event for his first feature win of the season.

Steve Schultz and Ricky Heinan set the pace for the 40 lap feature and Schultz grabbed the lead on lap five after a side by side battle. Schultz set the pace for another five laps before retiring to the pits with an ignition issue on lap ten. That allowed Heinan to build a half a lap lead before Brittney Helmers brought out the first caution on lap 16. On the restart Justin Poenitsch lost his hood in an incident with several other cars allowing for another restart. Heinan got the jump on that restart with Alex Prunty moving to second. On lap 20 Heinan and Prunty got together in turn one causing both to spin and bring out another caution. Heinan retired from the event and admitted fault for the incident allowing Prunty to get his spot back as the leader for the restart. Following another caution on lap 22 for a turn one incident involving Kevin Knuese, Prunty and Stephen Scheel battled side by side for the lead. Prunty eventually pulled away and raced off to win the feature event with Scheel coming in second and Wayne Freumund finishing third. 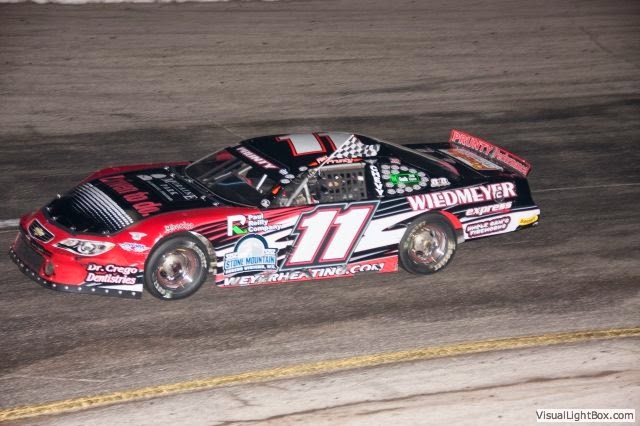 Posted by Alex Prunty Racing at 10:15 AM