Wayne Freimund was the winner of the late model feature that ended prematurely at the halfway point due to a red flag situation for a severe crash that involved several of the front running cars. 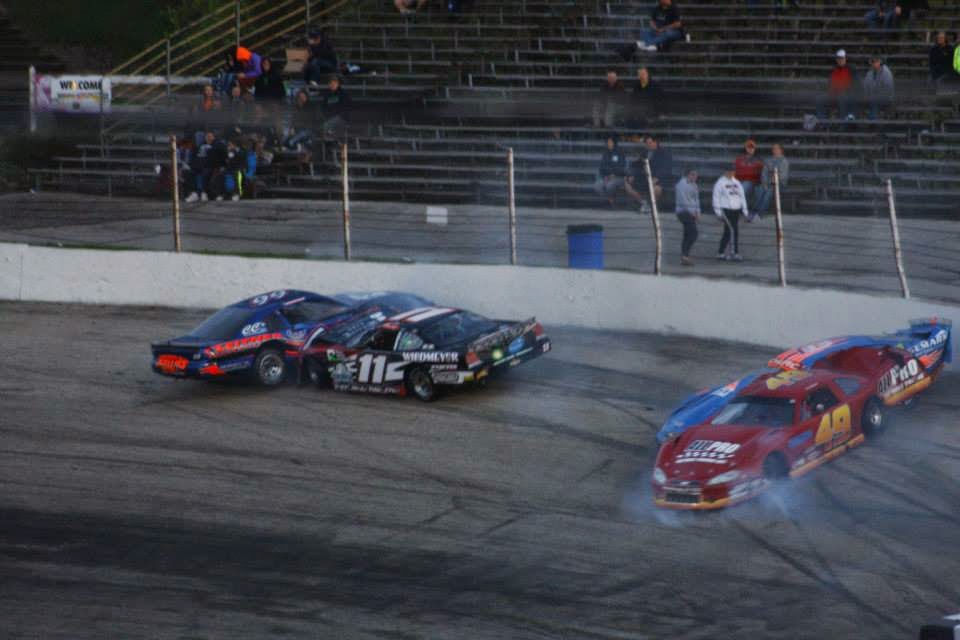 Tyler Schley and Ricky Heinan contested the lead in the opening laps with Wayne Freimund, Ryan Miles, Dan Church, Alex Prunty, and Al Stippich racing for positions behind them. The caution flag waved on lap six when Tim Lange’s car got out of shape on the backstretch after some hard racing with Mike Held. Before Lange could correct the car, Kevin Knuese and Jake Vanoskey were collected in the incident. Schley and Freimund battled for the lead as racing resumed before Freimund was able to take the top spot from the outside on lap 11, just before the caution waved again on lap 13 as Schley looped around in turn four and Ricky Heinan found the wall in the scramble to avoid the incident. That left Freimund and Church lined up in the front row as the green flag reappeared and Freimund used the lower lane to maintain the lead while Miles also used the inside to take over second, dropping Church into a race for third with Stippich. The race came to an abrupt halt on lap 20 when Stippich experienced mechanical problems while racing with Church and the ensuing fluid on the track sent both Stippich and Church into the turn one wall. With nowhere to go and no control due to the oil on the racing surface, Alex Prunty also tagged the first turn wall and finally all three cars were slammed hard by the spinning car of Jerry Mueller. The incident brought out the red flag and due to time limit constraints the event was concluded with all cars not responsible for the fluid on the track being awarded their positions at the last completed lap. Freimund was declared the winner followed by Miles in second place ahead of Church, Jack Stern, and Alex Prunty. Jerry Mueller finished sixth and was taken to a local hospital for observation following the incident from which he was later released. 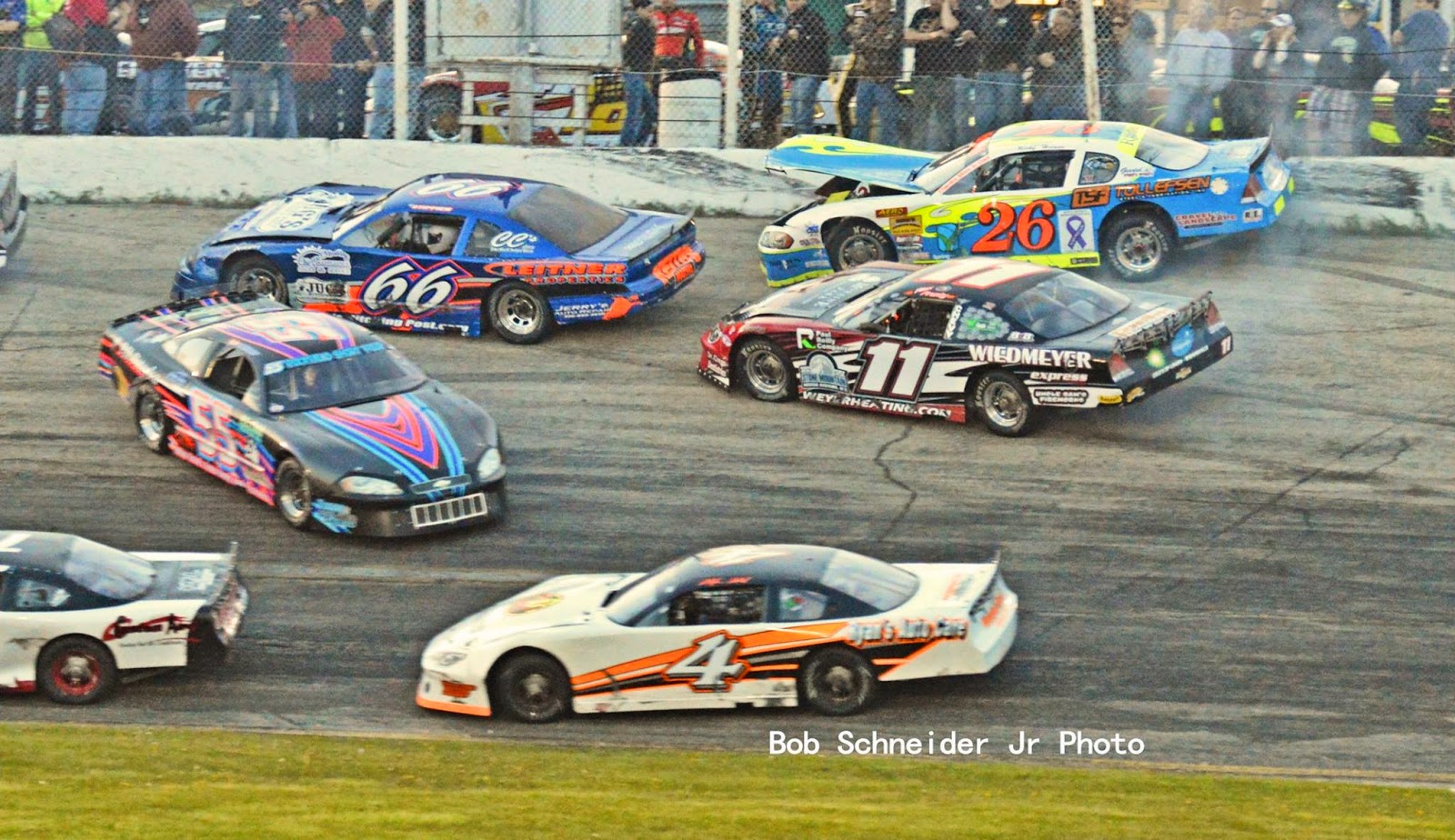 Late Model heat race wins were captured by Jake Vanoskey and Steven Schulz while Dan Church was the fastest qualifier at 12.535 seconds.
Posted by Alex Prunty Racing at 10:20 AM