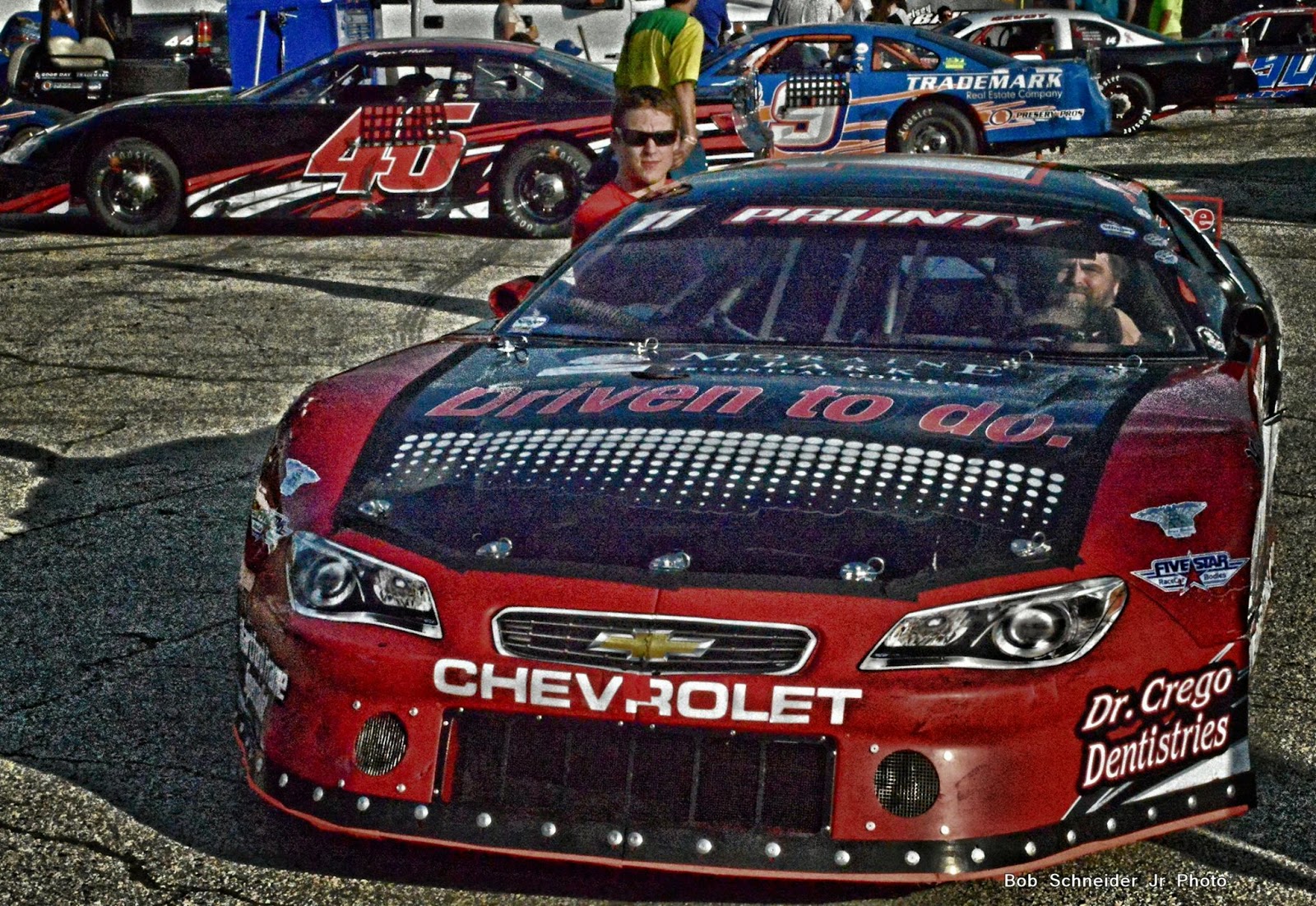 Tyler Schley and Jack Stern swapped the lead in the early laps with Pawelski, Church, Ricky Heinan, and Freimund racing for position directly behind them. Alex Prunty and Mike Held also joined the lead group as the inside lane began to advance with Stern leading and Schley caught on the high side as Pawelski, Church, Prunty, and Freimund all moved forward in the lower groove. As Schley tried to fill a momentary gap in front of Freimund, contact between the cars sent Schley’s car looping around where it was struck by Heinan, producing the first caution flag on lap 11. Stern chose the inside lane for the restart and Pawelski made the outside work for him, battling side by side with Stern for the lead before his determination paid off on lap 13 with an outside pass for the lead. Church settled into third place while behind him, Alex Prunty came out on the winning end of a three car battle over fourth with Ryan Miles and Mike Held. Church and Prunty then used the inside line to move by Stern and into second and third respectively while Pawelski continued to lead. A spin by Duke Long in turn two produced another caution flag on lap 20 and Pawelski chose the inside lane for the restart, leaving the high side for Church. Contact on the backstretch between the leaders, temporarily log jammed the field and resulted in Church moving to the inside and Pawelski being sent up top as their lead battle continued. Church was hooked up on the inside and after several laps of racing side by side with Pawelski, he was able to ease into the lead just before the caution flew again on lap 26 when Miles and Stern tangled in turn three. Church and Pawelski renewed their battle for the lead as racing resumed with Alex Prunty now entrenched in third place directly behind them. A final caution flag waved on lap 33 when Grant Griesbach’s car got loose in turn two and collected Tyler Schley’s machine in the process and during the slowdown, Prunty left the track when his car began leaking fluid. Church continued to fend off Pawelski over the final seven laps and he drove to the victory with Pawelski finishing a close second. Wayne Freimund took the checkered flag in third place while Mike Held and Shawn Scheel rounded out the top five.