Trip To Slinger Sunday Results in 5th Feature Win of the Season! 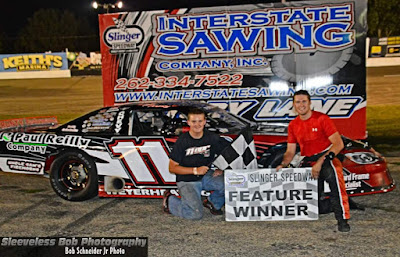 Alex Prunty scored his fifth feature win of the season by taking top honors in the 40-lap late model feature. 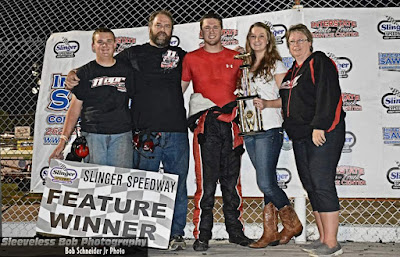 Joe Bongiorno and Tyler Schley set the pace at the beginning with Alex Prunty, Jordan DeVoy, Al Stippich, and Adam Peschek racing for position close behind. Bongiorno led the opening laps through a few caution periods before Prunty emerged to take the lead on lap nine. Once out front, Prunty’s main challenges came from DeVoy and Mike Held, as caution flags waved for separate incidents on lap nine and seventheen. Prunty was up to the task on each restart and he turned back challenges from DeVoy and Held to grab his fifth feature win of the season. Jordan DeVoy finished second followed by Mike Held in third and Adam Peschek in fourth. Al Stippich finished fifth.

Jake Vanoskey and Joe Bongiorno each scored victories in the late model heat races while Alex Prunty was the fastest qualifier at 12.205 seconds. 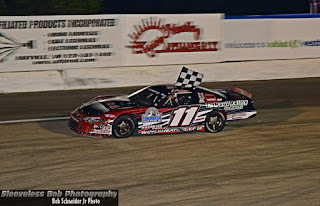 Posted by Alex Prunty Racing at 10:31 AM