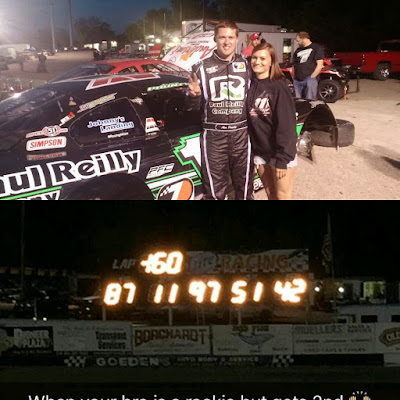 After being the fastest car in practice, we went out to qualify and had the car in front of us spin out on his final lap, thus causing us to have to pull off and attempt to requalify. Unfortunately, this heated up the car, and filled the tires full of built up rubber from on the track. I was able to requalify a few minutes later, and qualified 8th, respectively out of the 28 car field!


This started us 4th in the feature. After falling to 5th on the start, Alex was able to work his way up to 3rd by lap 10, and chase down first and second. 45 laps into the race, we found ourselves tight on the back bumper of 2nd, and Alex made a move to take over the 2nd spot with just 15 laps to go. A caution would come out, and we would line up alongside Jamie Wallace, a multi-time Super late model champion with 15+ years of experience in the Super Late Models! We battled side by side for about a couple laps, when I dropped in line behind him, hoping he would make a mistake in the closing laps. We pulled away from the rest of the field, but I was unable to pass the leader, as he was just as fast as me. All in all, it was a CAREER BEST 2nd place finish in the super late model, in just his 3rd start at Slinger! Definitely was overwhelmed with excitement!

This great finish also lifted us to 4th in the point standings, just 2 on track positions behind 3rd! We're making a lot of progress fast, hope it continues! We even turned the fastest lap time of the race!

Before we raced last night, we had the 1st race of the season for the memorial go-carts, a volunteer program in which I mentor 2 drivers, one 10 years old, and the other 14. Neither kids have raced any type of vehicle before. It would be an incredible experience, as one of my drivers started LAST, and with an amazing display of crossovers & beautiful moves of a veteran, went on to win both his heat race & Feature! A clean sweep in his first time driving! 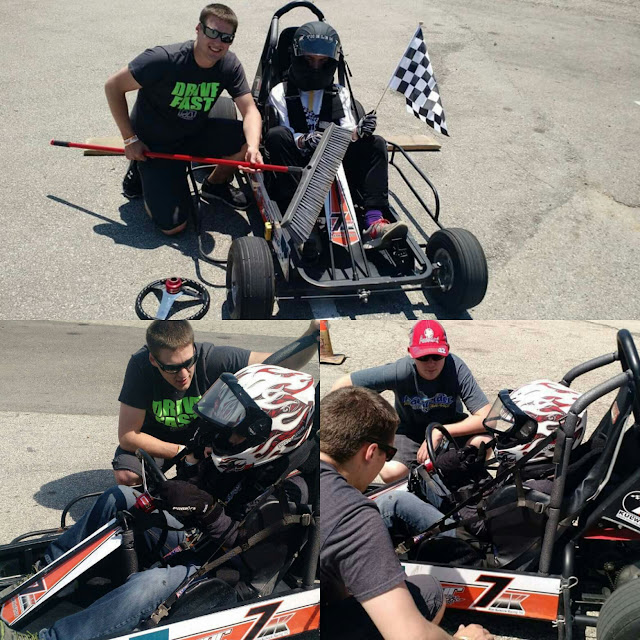 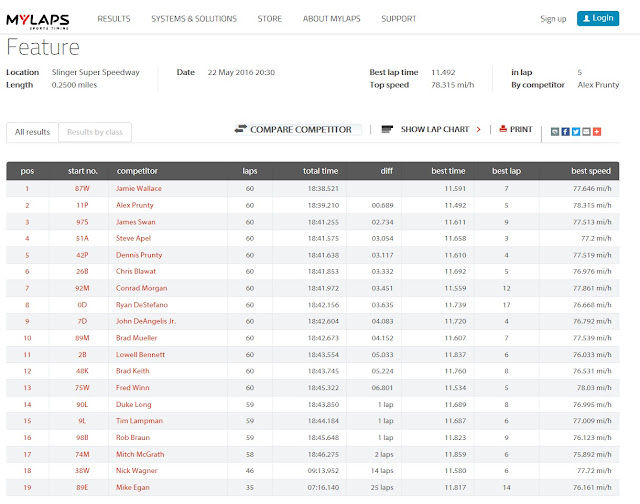 Posted by Alex Prunty Racing at 10:02 AM