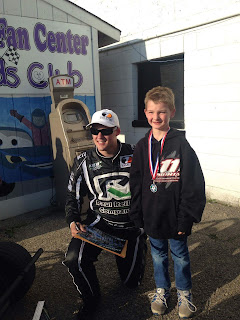 Frigid temperatures could not deter the 24th Annual Alan Kulwicki Memorial night at Slinger Speedway. Nearly ninety entries had their eyes on the prize, wanting to earn the coveted trophies for the first weekly Sunday night program at the quarter-mile. The cold track resulted in two new track records, heated contests and photo finishes. Alex Prunty, a current Kulwicki Development Driver, treated fans to autographed photo cards and treats as he showcased the go kart he will be mentoring for some young hopeful racer of the future. 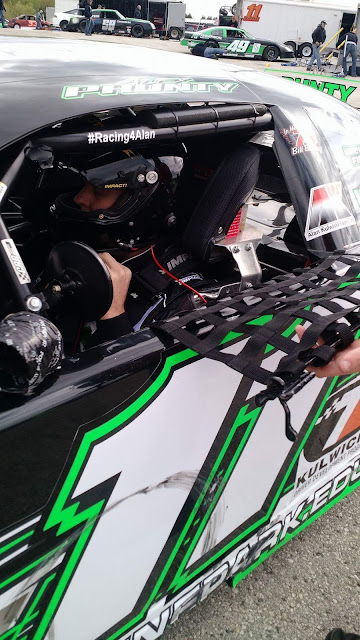 Dennis Prunty was fifth in the qualifying line, setting fast time over nearly thirty super late models, With Alex coming in 4th. Lowell Bennett, Josh Wallace and Brad Mueller won the heats and Johnny DeAngelis led the final four from the semi to the feature field. Prunty rolled the die to place himself in the sixth row for the 60-lap feature, and one driver used his one-time provisional for this race. The 21-car field was led by Rob Braun and Rich Loch, followed by Gary Lamonte, Travis Dassow, Ryan DeStefano, Mueller, Alex Prunty and defending champion Steve Apel. Loch launched to the lead on the outer groove until his car was spun on lap seven after contact from Dassow, sending both to the rear of the pack. Alex, got caught in the maylay, and needed to pull off the track to the attention of his pit crew for repairs. The field chose their lanes for the next green flag and Mueller zoomed ahead to lead the way.


Dennis Prunty worked his way to lead the race by lap twenty, with Apel right behind. Just past the halfway mark a spun car brought out the next caution flag, with Prunty choosing his preferred outer lane with Apel inside. Prunty held the point again, surviving another caution with nineteen laps remaining. The duo repeated their lane choices with the same result. With nine laps remaining Brad Keith’s car crashed hard into the concrete wall, the driver climbing out unhurt, but his car not so lucky. This time Apel had the edge on the next green flag, but Prunty roared back to the lead on the outside, the pair putting on quite a show. The final fourteen cars crossed the finish line with Prunty earning his second win in a row with Apel and Mueller in hot pursuit. Dassow returned to the front for a fourth-place finish and DeStefano completed the top five. Prunty was asked about the challenges from Apel, quipping, “I did that for the fans. I thought I’d let him lead a lap,” continuing, “The car was a little tight. We want to go race with Ty Majeski some day,” referring to Wisconsin’s current most successful racer. Alex Prunty was happy with a seventh-place finish to reflect Kulwicki’s former car number, after passing numbers of cars using the outside lane. 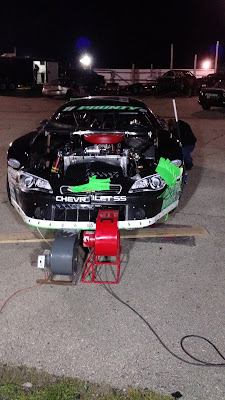 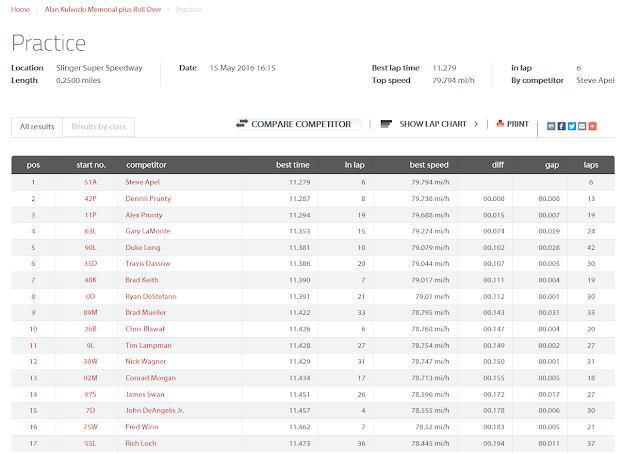 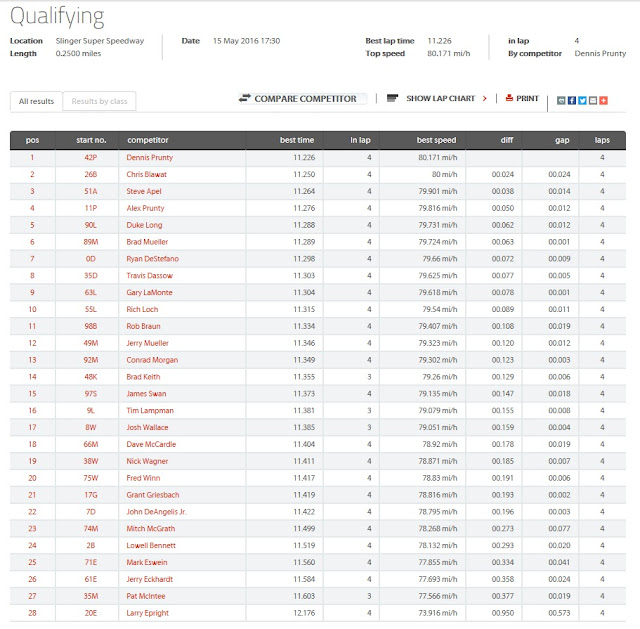 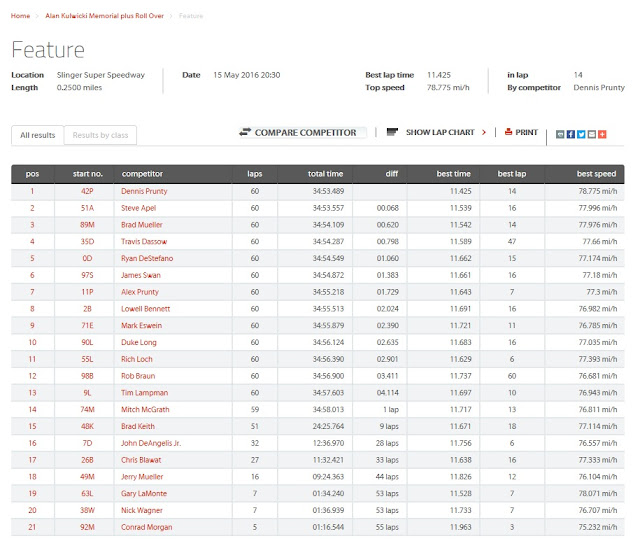 Posted by Alex Prunty Racing at 10:52 AM