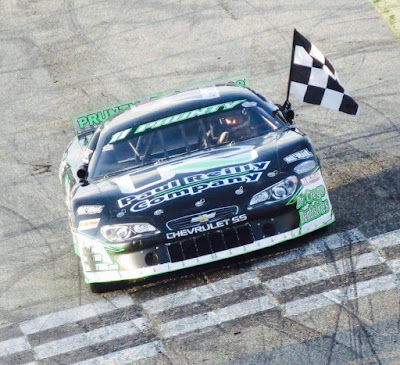 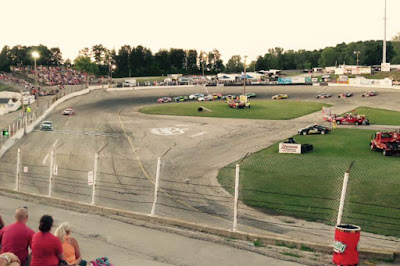 John DeAngelis Jr. And Brad Mueller led the field to the green flag with Mueller charging out to the early lead. Alex Prunty dogged Mueller from second until he was able to make the pass for the lead on lap 11 in turn two. Behind the top two DeAngelis held third with Chris Blawat and Brad Keith close behind. Mike Egan's spun car in turn 2 on lap 21 produced the caution flag with Alex Prunty leading over Mueller, Blawat, DeAngelis, and Steve Apel who moved into the top five. Mueller was on the button from the inside on the restart and he retook the top spot as racing resumed with Prunty falling to fourth behind Blawat and Apel. By the halfway mark, Apel worked his way into the lead, bringing Blawat with him into second. Mueller held down third whole Dennis Prunty joined the leaders in fourth just ahead of Alex Prunty in fifth. The caution flag flew on lap 37 for Brad Keith's loose car and Apel maintained the lead on the restart while Dennis Prunty charged by Blawat for second. Ryan DeStefano clipped the grass near turn three on lap 46 and the caution waved again. Apel maintained the lead as the green flag appeared and Dennis Prunty tried to challenge but his car got out of shape and he saved it entering turn one on lap 48 as Blawat moved to second. Blawat pressured Apel for the lead but couldn't make a pass as Apel drove to his first feature victory of the season. Chris Blawat finished second and Dennis Prunty was third. Alex Prunty finished fourth and Mitch McGrath had his best finish in fifth. 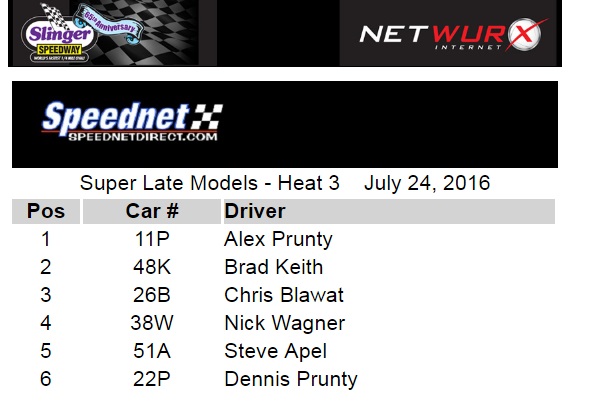 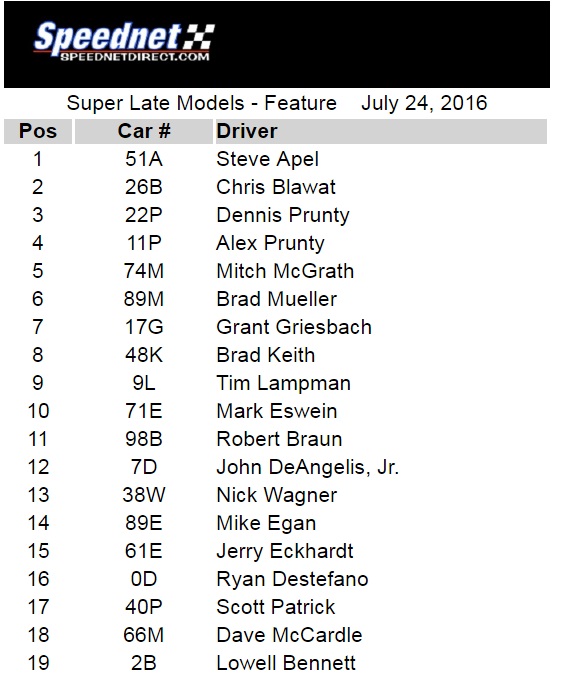 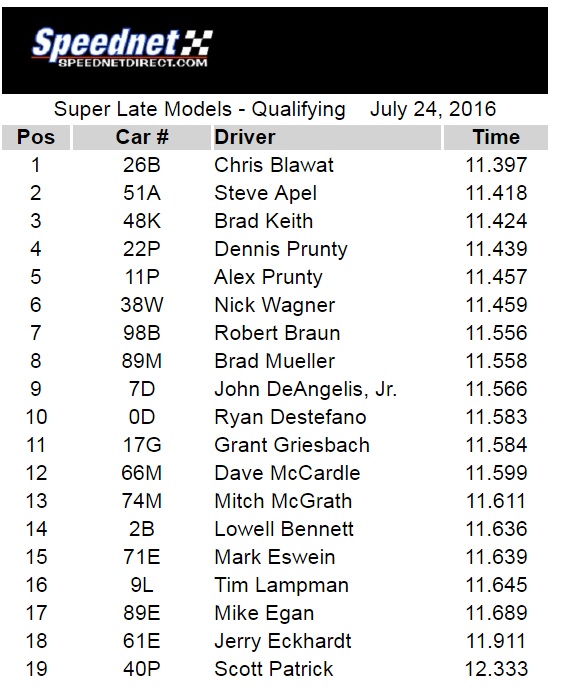 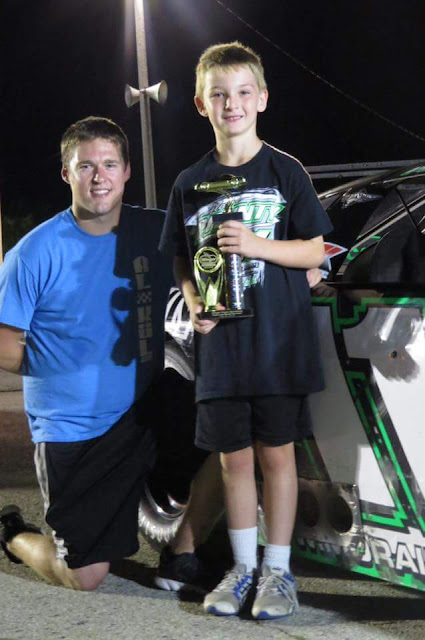 Posted by Alex Prunty Racing at 10:34 AM