Story By Speed51.com!  To watch the live replay of the banquet FREE, follow this link! http://speed51.com/replay-the-2016-kulwicki-driver-development-banquet/ 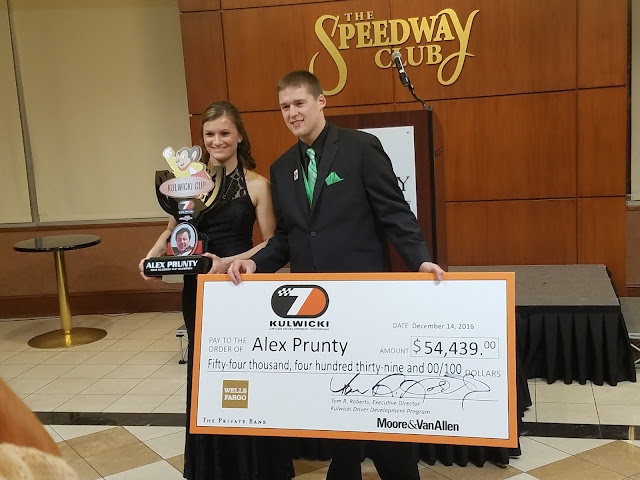 The Kulwicki Driver Development Program team descended upon Concord, North Carolina on Wednesday night to celebrate the accomplishments of the 2016 class, Alex Prunty’s KDDP championship and what would have been Alan Kulwicki’s 62nd birthday. 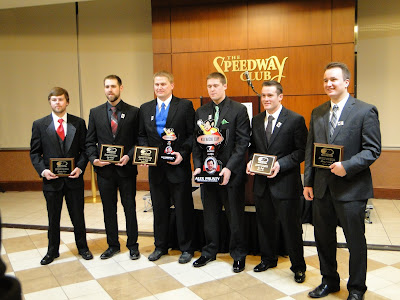 
The man of the hour was Alex Prunty, a 24-year-old from Wisconsin, who claimed the KDDP championship over Maine’s Dave Farrington Jr.  Prunty received the special “Mighty Mouse” trophy, as well as a hefty check for $54,439.

Prunty said that even though he was nervous to deliver his speech, he loved the event and being a part of the entire program.

“This whole event has been amazing,” Prunty told Speed51.com powered by JEGS.  “I just can’t thank the whole Kulwicki Driver Development Program enough for everything they’ve done for me.  It’s been an honor to represent them.”


Being that Prunty is a Wisconsin native just like Kulwicki, he said that connection made the program mean a little bit extra to him.


“It’s incredible seeing how many people know of Alan,” Prunty stated.  “I was born the year that he passed away, but every race we go to we find someone with a story.  It’s really cool having this strong heritage with Alan being from pretty much five minutes away from where I work.”

As the only driver to be in the program two years in a row, Dave Farrington joked in his speech that he was like a big brother to the rest of his KDDP competitors.

“This program made me an overall better person and made us a better race team,” Farrington said.  “It changed our whole racing program and opened up many opportunities for us.” 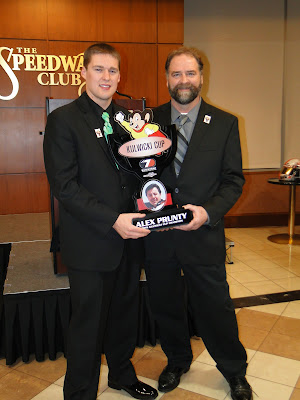 Farrington was one driver who took his tribute to Alan Kulwicki to the next level.  In September he decided to change his number from his traditional No. 23 to No. 7 in honor of Kulwicki.  He debuted that number at a Granite State Pro Stock Series race at Connecticut’s New London-Waterford Speedbowl.
“It was an honor to carry that number,” Farrington said.  “Especially because we were able to take it to victory lane in our first race with the number after leading the last seven laps.”
Michael Ostdiek, Brandon Setzer, Cody Haskins and Quin Houff also delivered speeches Wednesday night during the banquet.  Jeremy Doss, the fourth-place finisher in KDDP points, was unable to attend due to school obligations. Although he was unable to speak, his work throughout the season was honored by Roberts.


The application process for the 2017 Kulwicki Driver Development Program has already begun.  More information can be found at www.kulwickiddp.com. 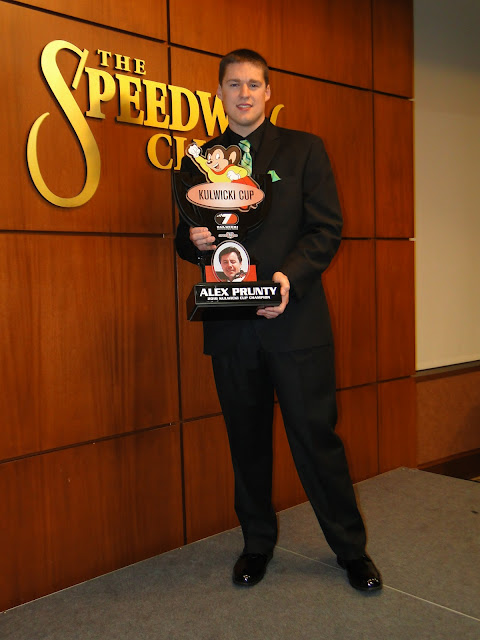 Posted by Alex Prunty Racing at 10:44 AM