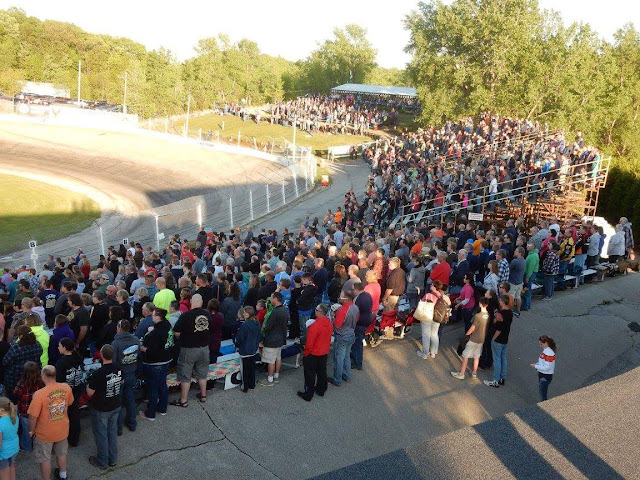 Grant Griesbach and Alex Prunty led the field to the green flag in the 75 lap feature. Caution would fly on lap 2 for an incident involving Ryan DeStefnao. He would retire from the event with right front damage. Dennis Prunty started his move to the front passing Alex Prunty on lap 12 before another caution flew on lap 14 for a Jeff Holtz spin. Steve Apel moved into 3rd by the time that caution flew. Another caution flew on lap 18 when Steve Apel and Alex Prunty got together in turn 4. Chris Blawat was also involved sustaining major front end damage ending his night. During that caution period oil from the Randy Schuler’s car was found on the racing surface and was the reason for the caution giving Apel and Alex Prunty there spots back. The feature from that point on went caution free seeing Apel move to 2nd on lap 22 and Gary LaMonte to 3rd on lap 26 setting up a thrilling battle over the final 49 laps. Dennis Prunty was able to hold off both Apel and LaMonte to pick up his first feature win of the season at Slinger in his first appearance.. 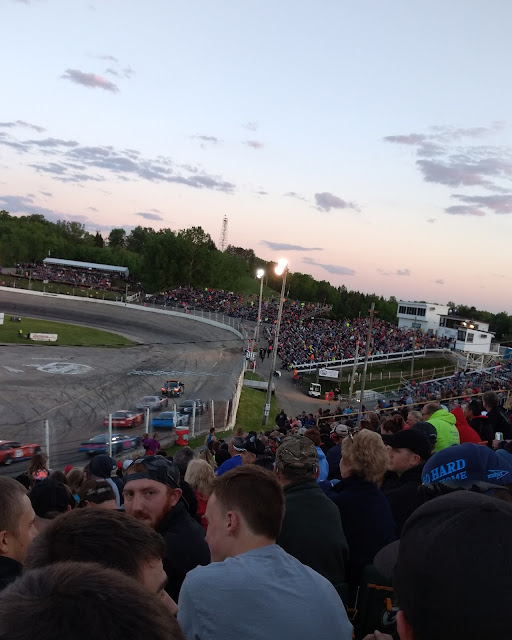 “Its just great to finish a feature” Dennis said in victory lane referring to his early season struggles in the ARCA Midwest tour. “I hope to be back next week to try it again” Prunty announced. Steve Apel continued his early season success finishing 2nd with LaMonte ending up 3rd. Brad Mueller finished 4th with Alex Prunty rounding out the top 5. Jeff Holtz won the 30 lap semi feature. Dave McCardell, Cole Rouse and Randy Schuler transferred to the main event along with Holtz.