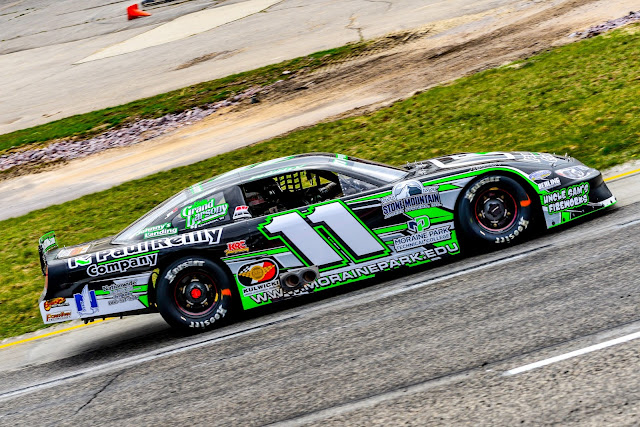 If you’ve attended an asphalt short track race in the state of Wisconsin over the last 30 years, chances are you saw one of the Prunty boys race. Brothers Daniel, David, Dennis and Dale have competed and won on many of Wisconsin’s short track speedways. The high banks of Slinger Speedway in Slinger, Wisconsin is considered their home. The quarter-mile asphalt oval, just north of Milwaukee, has hosted names like Kulwicki, Kenseth, Bickle and Trickle. Since 1991, the Prunty family has earned 14 championships at the speedway and show no signs of slowing.
Alex Prunty and his team are the next generation of the Prunty racing dynasty. With his father Dan, uncle David, brother Zach and cousin Matt, the team is a respected and competitive force on the Wisconsin super late model scene. In 2016, Alex won the Kulwicki Driver Development Program (KDDP) Championship The win boosted his career and gave him and the team national recognition for their efforts on and off the track. It’s no doubt that the Prunty name is synonymous with winning and Alex’s passion, dedication and hard work ensure that legacy will continue.
The Kulwicki Driver Development Program was created for grassroots level racers with the objective of identifying and assisting drivers in the early stages of their career. Learn more at kulwickiddp.com
Alex Prunty - Driver
Favorite Short Track: Slinger Speedway - Slinger, Wisconsin 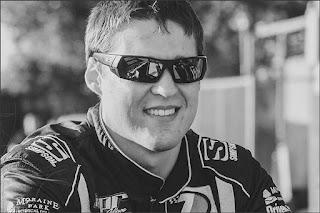 At 24 years old, Lomira, Wisconsin native Alex Prunty is a three-time track champion who has won over 30 races. The nephew of racers David, Dennis and Dale Prunty, Alex grew up under the mentorship of some of Wisconsin’s most successful short track racers. Alex is inspired by the incredible people he has surrounded himself with and is driven by a fear of failure. He believes if you put your heart and soul into everything you do, your dreams can always be accomplished. Alex’s father Dan has been instrumental in Alex’s success and has taught him to be the best he can be in everything he does. Alex would love to race on a national level but realizes funding is key to competing on a tour. He hopes to be a midwest star capable of winning races at many different tracks.
Daniel Prunty - Crew Chief/Spotter
Favorite Short Track: Slinger Speedway - Slinger, Wisconsin 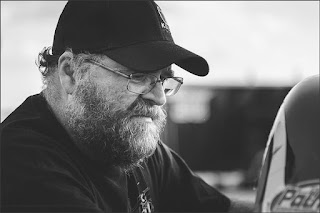 The oldest of the Prunty boys, Dan Prunty has been involved with short track racing for over 30 years. He started when he and his father built a race car for a friend, but when the car was done decided to race it himself. Over the years he’s raced four-cylinders, street stocks and IMCA modifieds but his first track championship and his son's championships are his most memorable moments. Dan is inspired by the opportunity he has to raise his children and teach them how things work. He believes you should be the best you can at everything you do and his children certainly echo that. A maintenance lead man during the week, Dan loves to help his family achieve their dreams.
David Prunty - Driver Coach/Tires
Favorite Short Track: Slinger Speedway - Slinger, Wisconsin 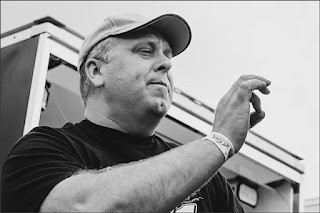 David Prunty is a two-time Slinger Speedway super late model champion. In 2001, he won the Slinger Nationals, joining the likes of Alan Kulwicki, Matt Kenseth and Dick Trickle as winner of the prestigious annual race. At age 15, David became involved in short track racing by helping on the pit crews of Jim Weber and later Jerry Wood. Now at age 46, he is Alex’s driving coach and tire specialist. Alex believes his uncle David has been instrumental in his racing success and credits the years of helping on his uncle’s team as the foundation for his racing career.
Zach Prunty - Mechanic
Favorite Short Track: Slinger Speedway - Slinger, Wisconsin 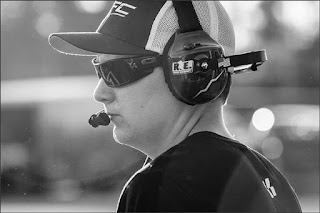 Zach Prunty is Alex’s younger brother and passionate teammate. He grew up in the race shop working with his father Dan and loves the enthusiasm of everybody there. With his father and racing uncles as heros, Zach is inspired and determined to live up to the standard of the Prunty name. Race day affords Zach the opportunity to be around a lot of people that have the same interests as him. He sees himself potentially working on a NASCAR team, but for now enjoys helping his brother. Zach will be a Junior at Lomira High School in the fall of 2017.
Matt Prunty - Mechanic
Favorite Short Track: Slinger Speedway - Slinger, Wisconsin 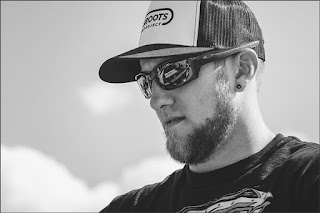 Matt Prunty is Alex’s cousin and grew up pushing him in a go kart. Now, at age 26, he pushes Alex’s race car to the staging grid. A diesel mechanic and truck driver by trade, Matt helps the team with tires, fuel and car prep. He’s been around short track racing his whole life and finds peace at the track. Matt is inspired by his step-son and newly born baby born. Like Alex, he grew up helping his uncle David Prunty, a multi-time champion. Matt’s most memorable moments are helping his uncles David and Dennis win Slinger Nationals and helping Alex win Rookie of the Year at Dells Raceway Park.
Janine Prunty - Team Cook/Cheerleader
Favorite Short Track: Slinger Speedway - Slinger, Wisconsin 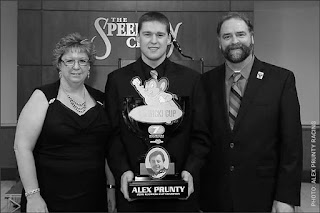 Alex’s mother Janine Prunty is inspired to help others and believes everyone has a purpose. A registered nurse in a hospital during the week, she’ll be found in the stands cheering for Alex on race day. Janine believes you live life to the fullest and follow your passions and dreams. Alex has followed his mother’s example and she vows to support him wherever he goes. She knows that racing is a family affair, especially for her family. Her favorite part about race day is watching Alex race and knowing there is a lot of family supporting him in the pits.
Cierrah Flaig - Team Cook/Pit Support
Favorite Short Track: Slinger Speedway - Slinger, Wisconsin 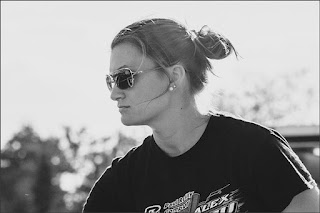 Cierrah Flaig is Alex’s girlfriend and the two met during her first visit to Slinger Speedway in 2014. Since then, she hasn’t missed one of his races. She knows how much time and work he puts into his car and it was very special for her to see Alex win his first two super late model races in the same weekend. Cierrah currently works as a nurse extern and will graduate in December 2017 as a Registered Nurse. She is inspired to make a difference in people’s lives by helping them at their most vulnerable state. Cierrah’s is passionate about Alex’s racing career and her heart is to support him wherever he goes.
Joe Klemp-Hawig - Mechanic
Favorite Short Track: Slinger Speedway - Slinger, Wisconsin 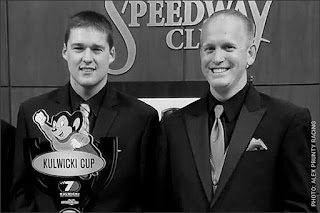